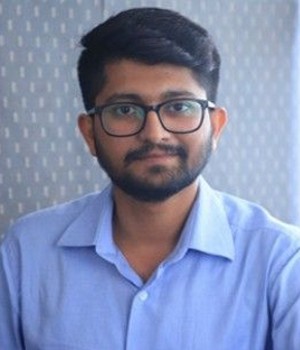 At first I started preparing for civil services on my own after resigning from my job. Within two months I realized that my preparation was not going anywhere. But as destiny had it one of my friends suggested Nirvana IAS academy to me.

I had a counselling session with Ruby mam and within 20 minutes I was convinced that it was the right place for me. My journey to becoming a civil servant began again but this time under the proper and personalised guidance. From the very first day Karam sir’s focus was not only on making us civil servants but also on understanding our surrounding with a rational viewpoint and becoming enlightened citizens.

Even though I did my graduation in engineering, I took law as an optional. Sir made law so easy to understand that it felt like I already knew most of the things. I never felt that my Law preparation was any less than someone from a Law background. The classes were about enabling one to apply his/her mind rather than rot learning the facts. The discussions in the class were unparalleled which was the best part.

Wadhwa sir’s grasp on history and his teaching style made history from a boring subject to one of my favourite subjects. He presented the facts from different viewpoints and helped me to understand the real cause behind events. Sir’s insistence on answer writing in every class improved my writing skills.

I owe my success to the faculty of Nirvana IAS who guided me throughout the journey and kept me motivated. Nirvana IAS is not just a coaching institute for me but a family which will always be there with me.